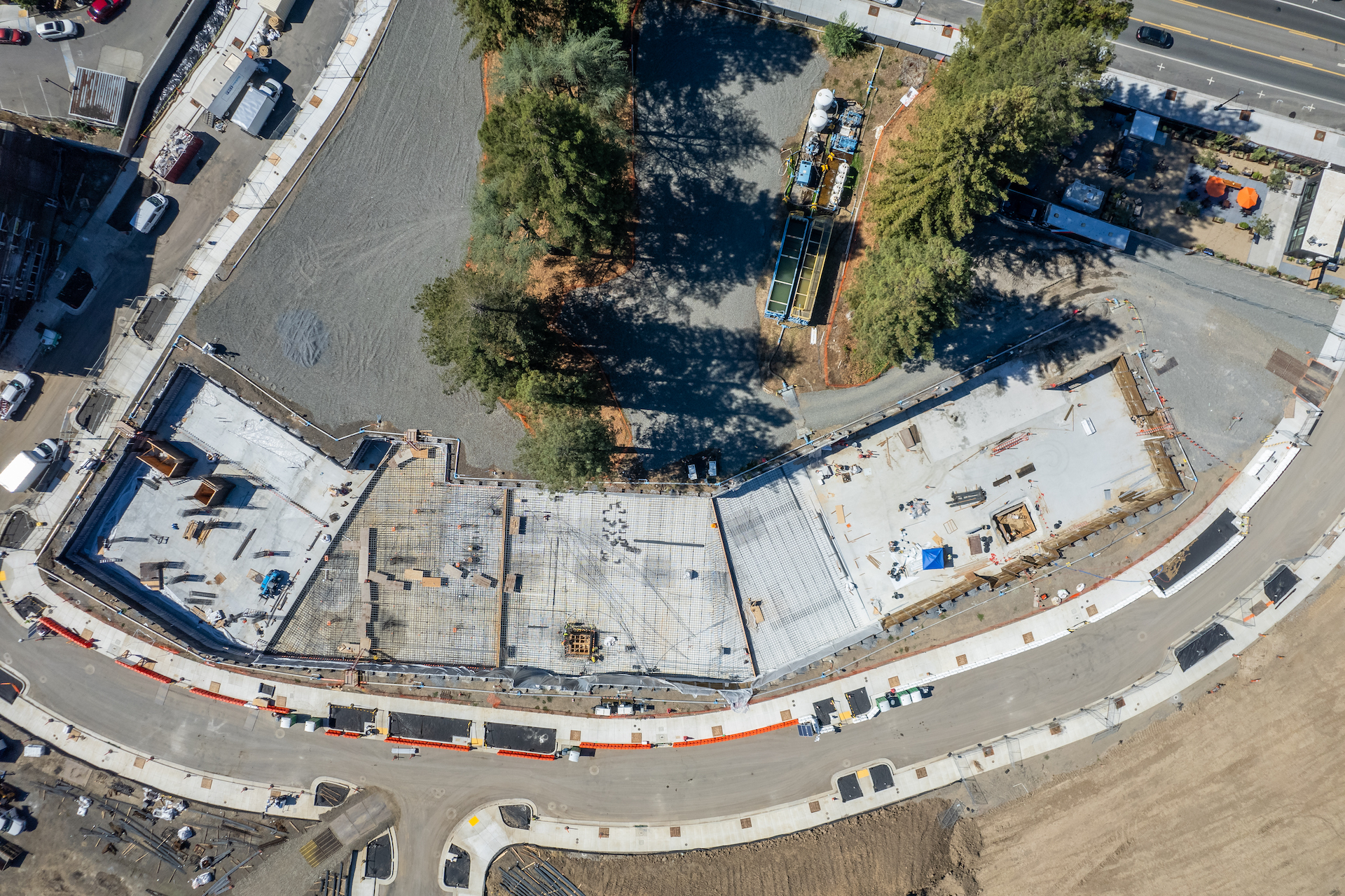 Canopy, the first phase of our new neighborhood, is almost ready to go vertical. No more going down, it is time to go up!

That’s the takeaway from a busy month at the job site—work that included reinforcing walls and pouring the final 800 yards of concrete for a subterranean garage that will double as the building’s foundation.

According to Project Superintendent David Germani, all garage walls should be finished by November 1, at which point crews will turn their attention to setting rebar and building concrete columns to support a “concrete podium deck” that sits above the top floor of the garage.

When this phase of work is done, the concrete walls of the foundation and the deck itself will be anywhere from 18 to 42 inches thick.

“The job is flowing smoothly,” said Germani, who works for our general contractor, Weitz. “We’re right where we want to be.”

As Germani explained it, a critical part of the job to this point has been orchestrating different subcontractors to work the site simultaneously. On any given day, he said, there might be masons, concrete workers, finishers, iron workers, and carpenters on the job.

“It’s all about coordination,” he said. Germani added that he and other project managers are in regular communication about which teams are doing what, and that leaders have group meetings on Thursdays to make sure everyone is on the same page. “We’ve worked together on a number of projects, and we have learned what it means to communicate well.”

Germani himself is quite a character. The Rhode Island native moved to Healdsburg from Arizona, where he was managing other Weitz projects. He wears cowboy spurs to the job site every day—a tradition he has upheld every day since 2015.

Looking forward, Germani said he expects the podium deck to be finished sometime around December 1, at which point crews will begin taking Canopy vertical.

From there, the first part of our new Mill District neighborhood should take shape rapidly. 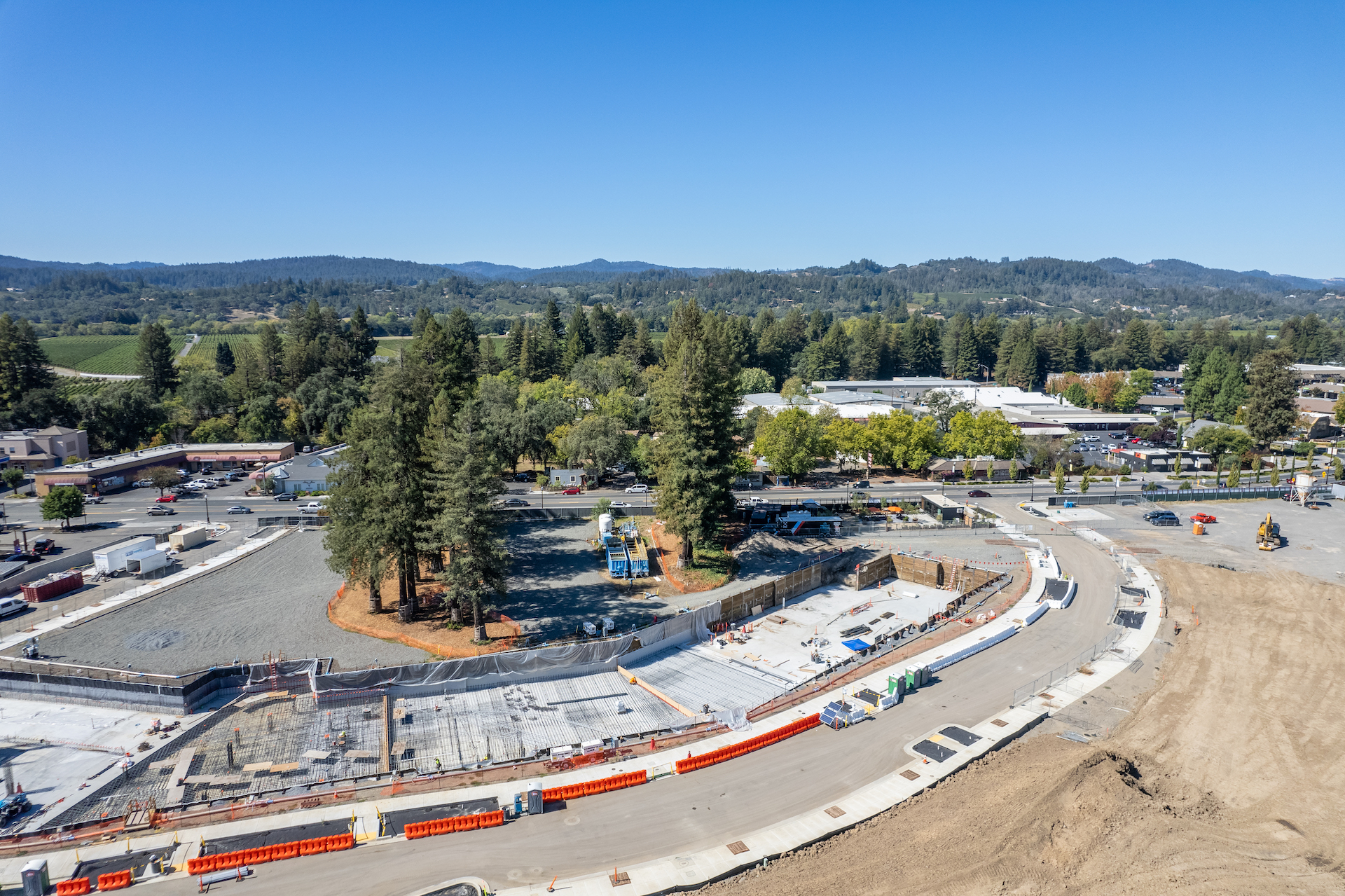