Healdsburg resident and visual artist Candida von Braun perceives the world differently. We see animals; she sees strength and power. We see abstract shapes and colors, she sees the pursuit of lightness.

Von Braun seeks to capture and reflect a sense of positive energy in everything she paints. Over the course of her lifetime as a visual artist, this has become a common thread in her work.

“It’s about capturing life with grace,” she said recently. “For me, that’s a state of being.”

Perhaps her most well known pieces depict Lusitano stallions graceful, powerful, focused, calm, or wildly exuberant. Many of her pieces hang in homes next to original works from artists such as Picasso, or even replacing a Calder as the focus piece. In 2014, five of her pieces covered a 23-story high display as part of an International Art Show in Times Square in New York City.

Horses also are what brought von Braun to Healdsburg in 2007. The native of Munich, Germany was importing horses from Brazil and they had to acclimate to the Northern Hemisphere before she could bring them to her ranch in Telluride, Colorado. She found and imported her Lusitano Stallions through her long-time, world-renowned French Classical Trainers and friends Dominique and Debra Barbier who have their Barbier Farm in the Dry Creek Valley. As she rode the horses there until she could bring them up to altitude, she fell in love with the area.

That’s when she decided to make Healdsburg home.

So she got a place downtown. And she rented studio space out by the skate park. Nowadays von Braun spends more time in Healdsburg than she spends anywhere else. (She also has studios in Venice, Italy, and Munich.) As von Braun explains it, the Healdsburg community excites her.

“People here are very international,” says the artist, 55. “They’re all creative doers. They’re grounded. They have a connection to nature. Conversations are engaging. They’re real. I love that there is no urban sprawl here. I love that within five minutes I am out of town and completely in the country. It is a special place.”

After a career that has included time as an architect, founder of a Therapeutic Horseback Riding program and ski instructor in Telluride, International Equestrian Photographer for a German Publisher, and visual artist, von Braun says she is proud to add “local” to her resume. And Healdsburg is lucky to have her. 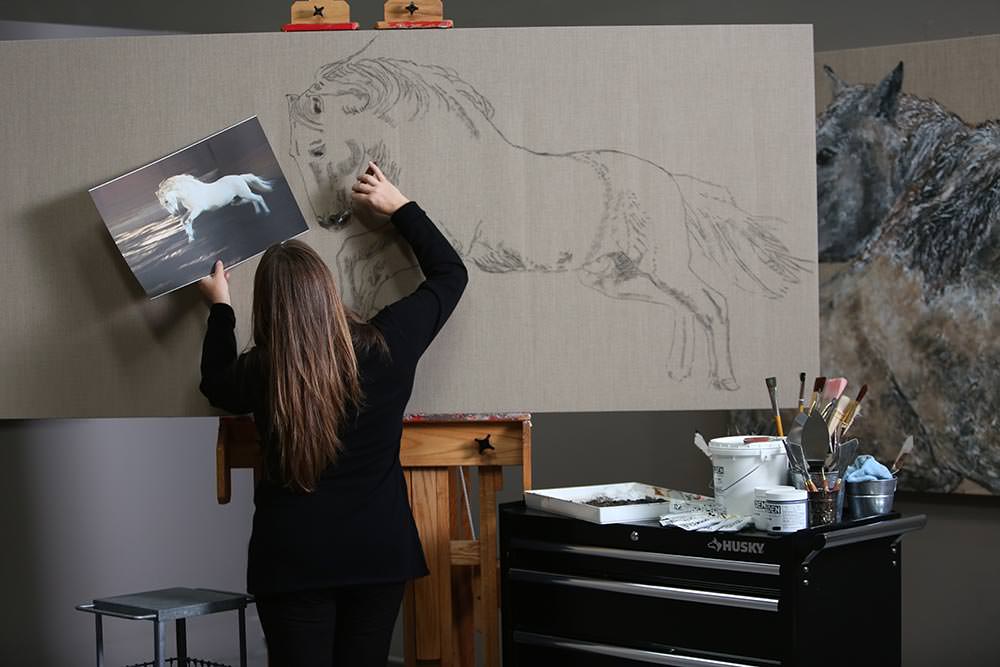