As subterranean work continues at Canopy, the luxury residences that will rise behind the ring of redwood trees along Healdsburg Avenue, crews are getting ready to install rebar—the steel rods that go inside the floor and walls that form the foundations of the buildings.

This process marks a milestone in development to this point. It also means the foundations of the first buildings to rise at Mill District will be able to withstand just about everything.

Doug Harrington, director of design and construction, said the crews are digging trenches for underground utilities such as plumbing and electric. After that comes the reinforcing of steel and concrete; designed to withstand the shock of an earthquake, the pressure of flooding, and any damage from other natural disasters.

“With concrete and steel construction these buildings will be strong, that’s for sure,” Harrington said. “Stabilization and shoring of the foundation are key.”

In addition to these milestone improvements, other changes are afoot at the Mill District site these days.

Perhaps the most obvious: Crews have moved the on-site sales center from the east side of the neighborhood to the west side, just behind the hoarding (that’s a fancy word for “fencing”) along Healdsburg Avenue.

Harrington said the new sales center should be operational in early September, and he noted the new setup will open to a gathering space. This new-and-improved sales center will be a place for prospective homeowners to come, learn more about the Mill District, and talk about purchasing a home in a very cool environment with the best view of construction.

Another change at Mill District this month: The migration of a big dirt mound.

August started with a giant mountain of dirt on the back (or east) side of the project. Sometime around August 15, crews moved the dirt closer to Healdsburg Avenue. In future months, crews will grade the former area in preparation of The Poolhouse.

“We’re getting everything ready so we can go as soon as we have permits in place,” explained Harrington. 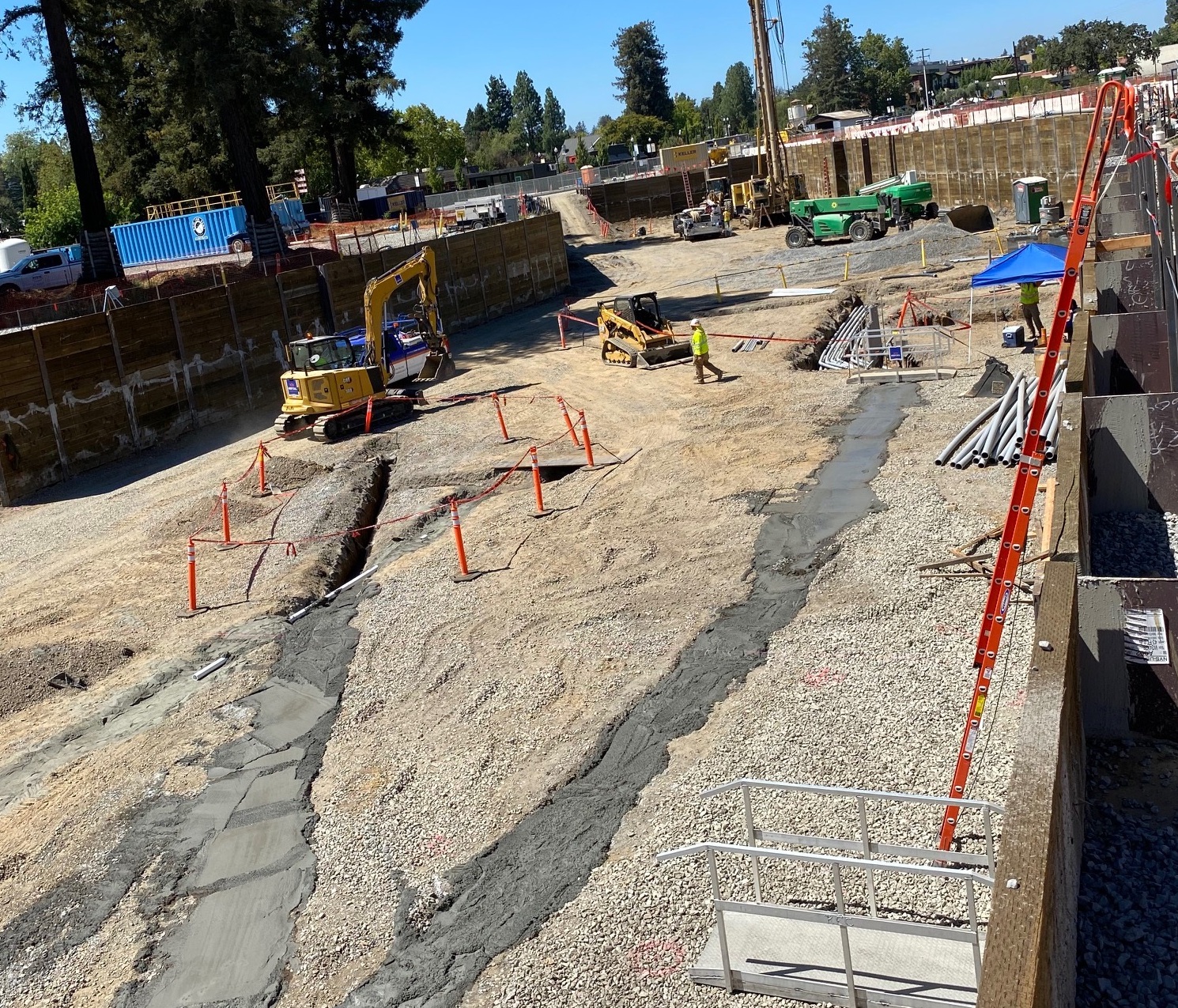