Healdsburg has risen to national prominence as a great place to live, and one restaurateur’s name is synonymous with this transformation: Dustin Valette.

Valette, who was born and raised here and lives two blocks off the Plaza with his wife and two daughters, now owns three restaurants in town: The Matheson, Roof 106 (which is above The Matheson), and his first eatery, eponymously named Valette.

He also has his own wine label with different varieties made by different winemakers from around the region. Earlier this summer, the 2018 cabernet sauvignon, made by Jesse Katz, received 97 points from The Wine Advocate, which continues to be one of the most distinguished and renowned wine critics.

Most recently, Valette became an ambassador for Bentley, as the luxury car company featured him in a four-minute video about his journey to stardom. In the video, Valette talks about all the places he has cooked, and how that has influenced his style.

Specifically, after graduating from the Culinary Institute of America in Hyde Park, New York, he has honed his craft in some of the most celebrated restaurants on the West Coast, including the Michelin-starred Aqua in San Francisco, Napa Valley’s Bouchon. He also spent six years as executive chef at Dry Creek Kitchen, a Charlie Palmer restaurant across the Plaza in Healdsburg.

“I lived and worked everywhere from New York to Los Angeles to Hawaii, Italy, France, Vegas, Napa, and now back in Healdsburg,” he says in the clip. “What I’ve learned is the art of simplicity. The beautiful essence of clean food. How to make it simple. It’s all these different cultural experiences that I was able to go through in my life that gives depth to our cuisine.”

Valette certainly doesn’t go at it alone. His brother, Aaron Garzini, was instrumental in starting the first restaurant, and is now intimately involved in the other two. His father, Bob Valette, still flies firefighting planes for CalFire, and regularly works the crowds at all three restaurants over the course of the night.

Dustin Valette has cooked for numerous Mill District Velo rides, and we have hosted numerous guests at his restaurants.

The way we see it, Valette and his family represent the very best of Healdsburg: passion, perseverance, dedication, and unbridled talent. Even without the new opportunities to cruise around town in a Bentley, we are delighted to consider him a friend. 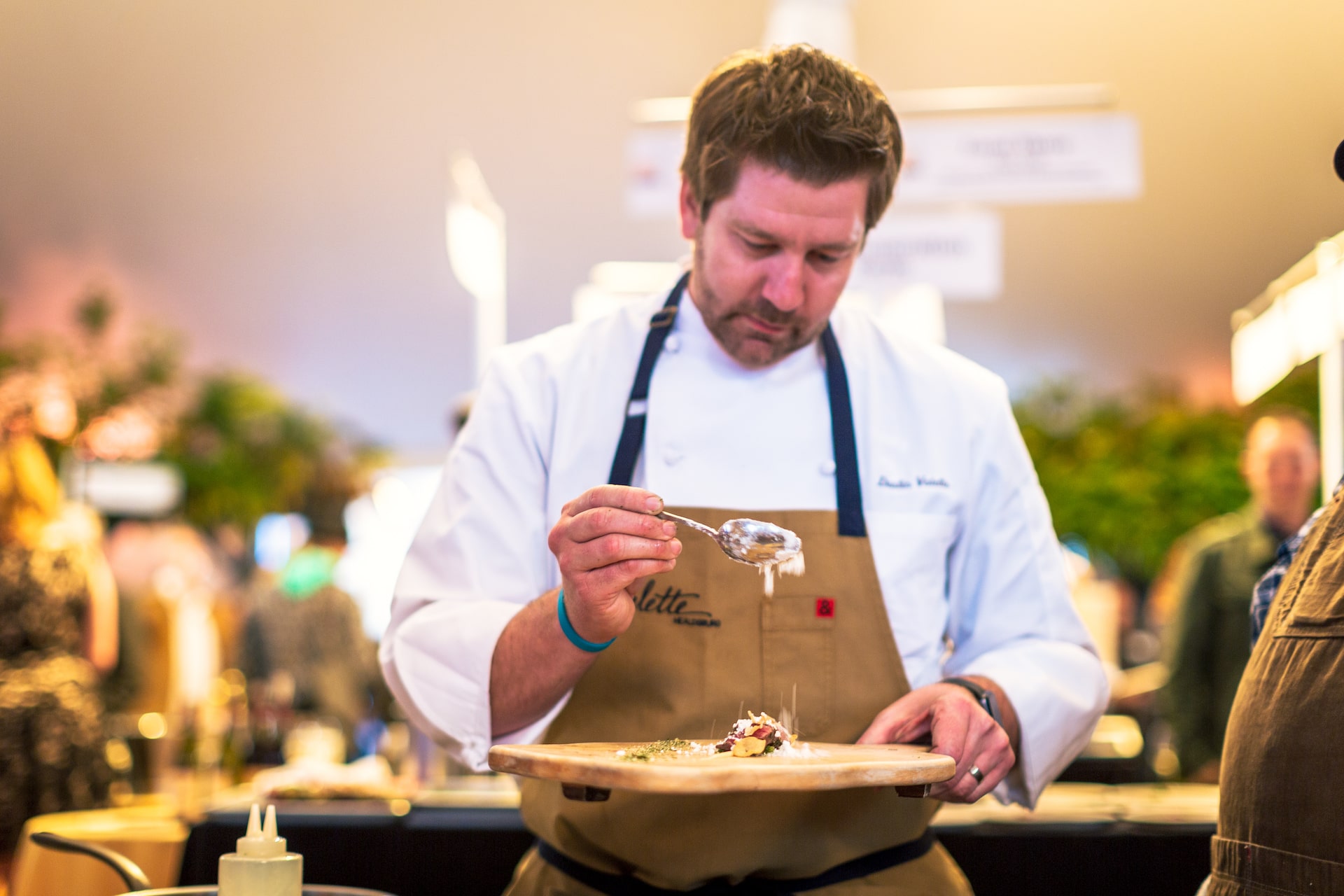