BLAST FROM THE PAST: WILLIE HOLLINGSWORTH

The forthcoming residence selection event is an exciting look at the future of Mill District. But that future wouldn’t be possible without the past, and nobody embodies the history of the site better than Willie Hollingsworth.

Today Hollingsworth serves as our maintenance man, fixing anything around the 10-acre site that needs fixing. Before Mill District, back when the site was still a working lumber mill, the Healdsburg native was the head millwright for NuForest, which operated here for almost 40 years. His work experiences on the parcel date back even longer than that, as he worked at the mill for nearly a decade when it was owned by four other companies (and before NuForest bought it in 1982).

Put differently, the 72-year-old Hollingsworth has been putting in hours at our site since July 18, 1966. A veritable lifetime. “Definitely been here a long time,” he says in his inimitable no-nonsense style. “A good run.”

Hollingsworth began working at the site pulling “green chain,” an industry phrase for pulling freshly milled wood out of the machinery and stacking it. He quickly moved on to other jobs around the mill. He operated the finger jointer, which created teeth at the end of boards so they could fit together, and the planer, which essentially finished cut and seasoned wood. He also drove a forklift.

After a few years Hollingsworth made his way to the shop, where he worked his way up to head millwright. This meant he was charged with fabricating new items and fixing everything: more than 50 different machines, more than 25 vehicles, and more. His colleagues used to call him “Doctor Willie” because of the way he did it all.

“Over the years I built every single thing we had at this mill,” he explains. “Every piece of equipment we had we bought at auction, I disassembled, brought back to Healdsburg, and reinstalled it here.”

You know the giant metal cyclone separator in the Mill District logo? That’s based off a real piece of equipment that used to sit 60 feet in the air, and Hollingsworth built the metal frame for it all by himself. More recently, Hollingsworth took some of the old fans from the kiln and fashioned them into sculptures that visitors can spin like the Big Wheel on “The Price is Right.” One sits right outside our new Sales Gallery today.

Hollingworth continues to leave his mark on the site—earlier this month he redid the privacy screens on our perimeter fence. Granted, there isn’t as much for him to do now that the mill has moved, but Hollingsworth is glad he’s still a part of the action.

“I’m grateful for the opportunity to continue to be involved here,” he says, noting that he’s lived in Healdsburg his whole life. “I’d like Healdsburg to stay the way it was when I was a kid forever, but I know that’s not going to happen, so I guess this is the next best thing.” 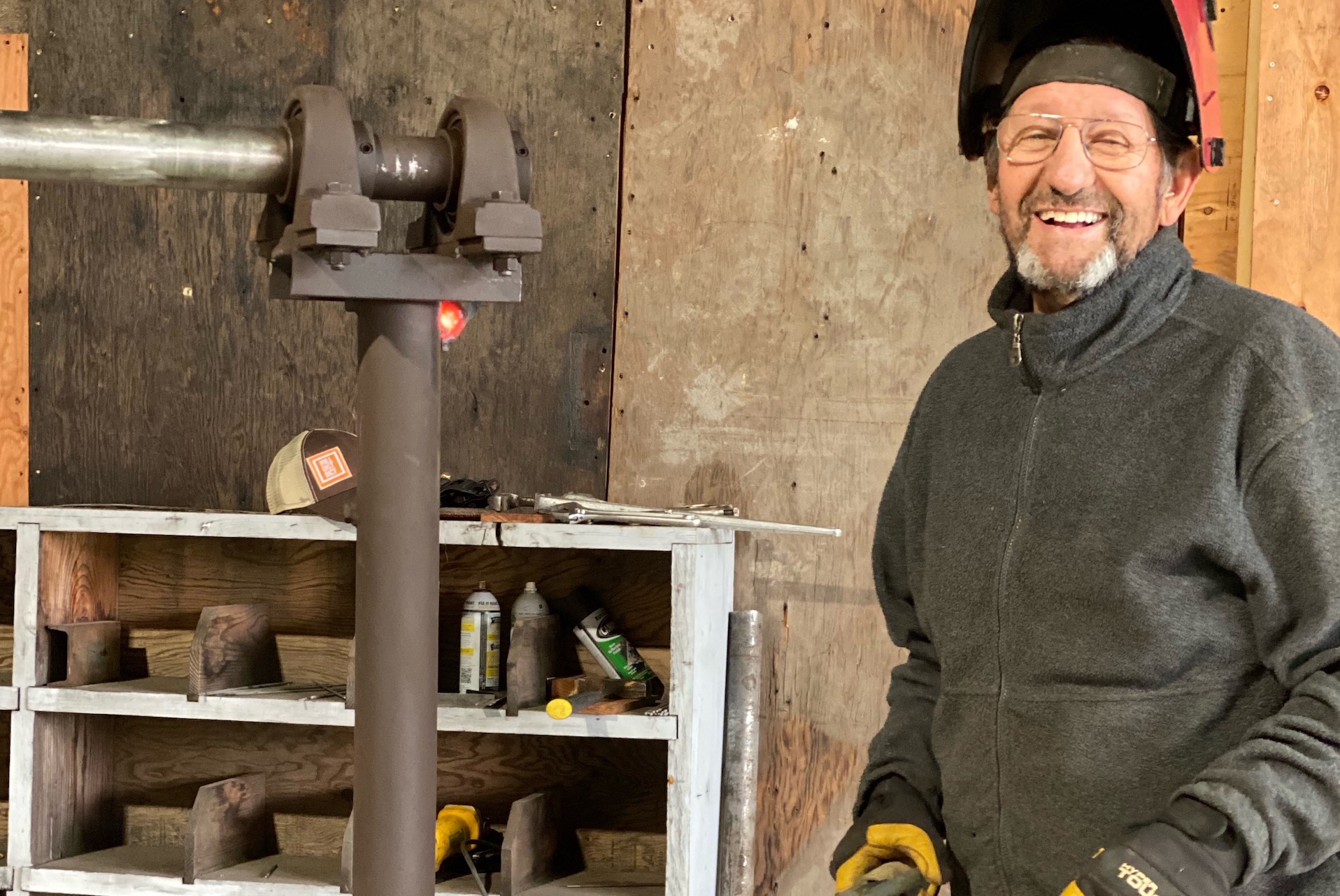