WILL SEPPI: BAKED WITH LOVE

Restaurateur Will Seppi understands the recipe for success. The Healdsburg native runs the 96-year-old Costeaux French Bakery, one of the most beloved eateries in town. He’s also quite a figure in the local business community, serving as a major force in the Chamber of Commerce and on the sunrise chapter of Rotary International. He’s active with local nonprofits and his church. He’s also a doting father to his three children.

Will, 45, has been working at the bakery for most of his life. His parents bought the place (from the Costeaux family) in 1981 and Will swept floors and served guests as a child. Later, he worked the lines in the kitchen. After going away to college and working in big cities for a few years after that, Will moved back to Healdsburg and took over the bakery from his parents in 2004. Since then he’s converted the place into a regional juggernaut; Costeaux has been named “National Retail Bakery of the Year” by Modern Baking Magazine, and it regularly receives regional attention for baking giant apple pies. Locals also love how the bakery celebrates the holidays; Will has amassed a collection of more than 800 nutcrackers, and he puts them on display around the restaurant every year.

Looking forward, Will has a few big projects that should occupy his time for a while. The newest Costeaux outpost opened in May at the Charles M. Schulz Sonoma County Airport in Santa Rosa, and it draws a steady crowd of locals and travelers alike. Another new-ish brand, Tia Maria, opened in the Roseland neighborhood of Santa Rosa at the end of 2018, and specializes in Mexican pastries such as pan dolce and conchas. Amid all this growth, the flagship bakery remains a community hub. For Mill District, this means freshly baked croissants are never more than a short stroll away. 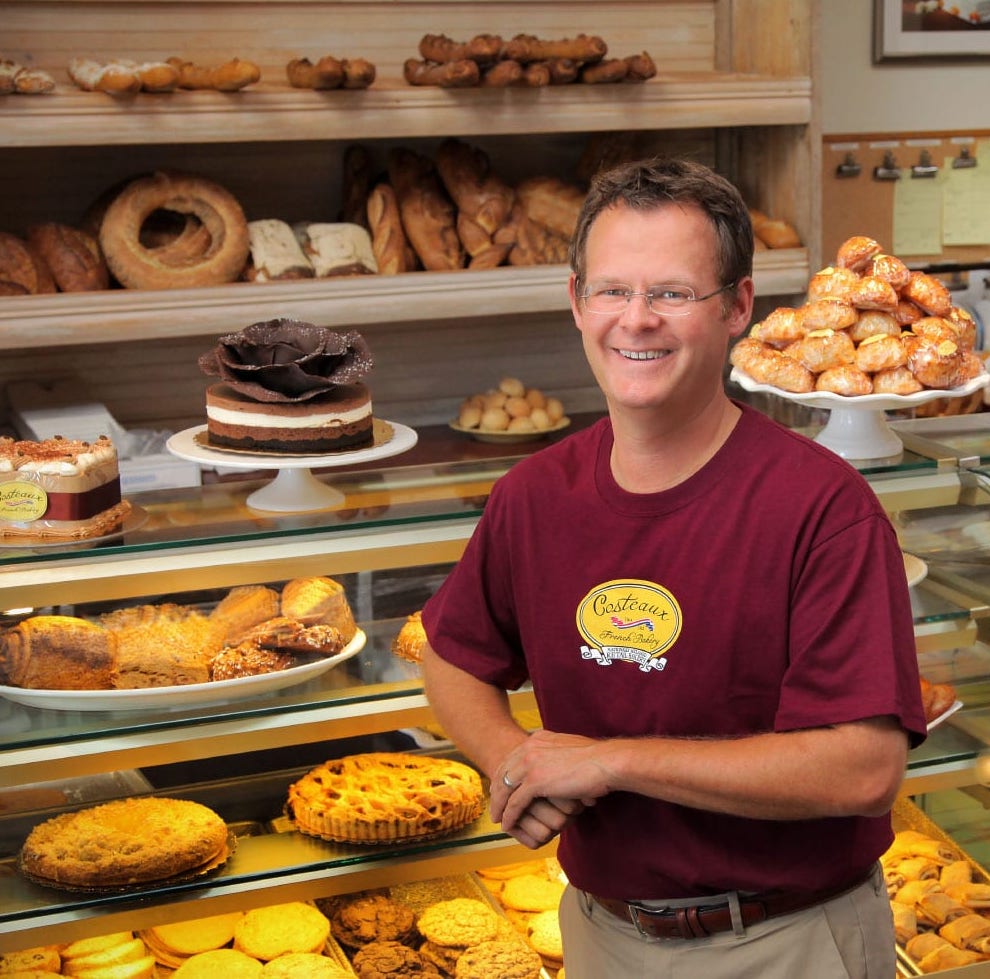