We are near completion of the subterranean garage and foundation on the first buildings of the neighborhood. This month crews have been working diligently to finish the walls of the bottom level and prepare the supports for what we’re calling the “podium,” the concrete lid that will serve as the floor on which we will build the residences that comprise Canopy.

Crews will pour a total of more than 2,500 cubic yards of concrete to make this podium. According to Doug Harrington, director of design and construction, this “cap” on the garage is the final step before crews can begin going vertical with steel.

“When all is said and done, we basically will have built a giant concrete box in the ground,” said Harrington, who added that the walls and floor comprise more than 4,500 yards of concrete. “From there the fun part starts—you’ll be able to walk by and see Canopy getting built on top.”

It’s no easy feat to cap a giant concrete box. Harrington explained that crews have spent the better part of the last two weeks building a frame out of wood and metal into which the concrete will be poured. He likened this frame to a mold, and he noted that once the concrete is dry, the frame will come down and only the concrete will remain.

Pouring the concrete into this kind of mold allows crews to run conduit through the middle of it for services such as electricity and plumbing. In some spots, the concrete podium will be as many as 42 inches thick.

If the weather cooperates (you can’t set concrete in the rain), Harrington said he expects crews to begin the steel installation of Canopy by mid-December. He noted that elevator shafts and stairwells will go up first, with other parts of the building filling in around them. 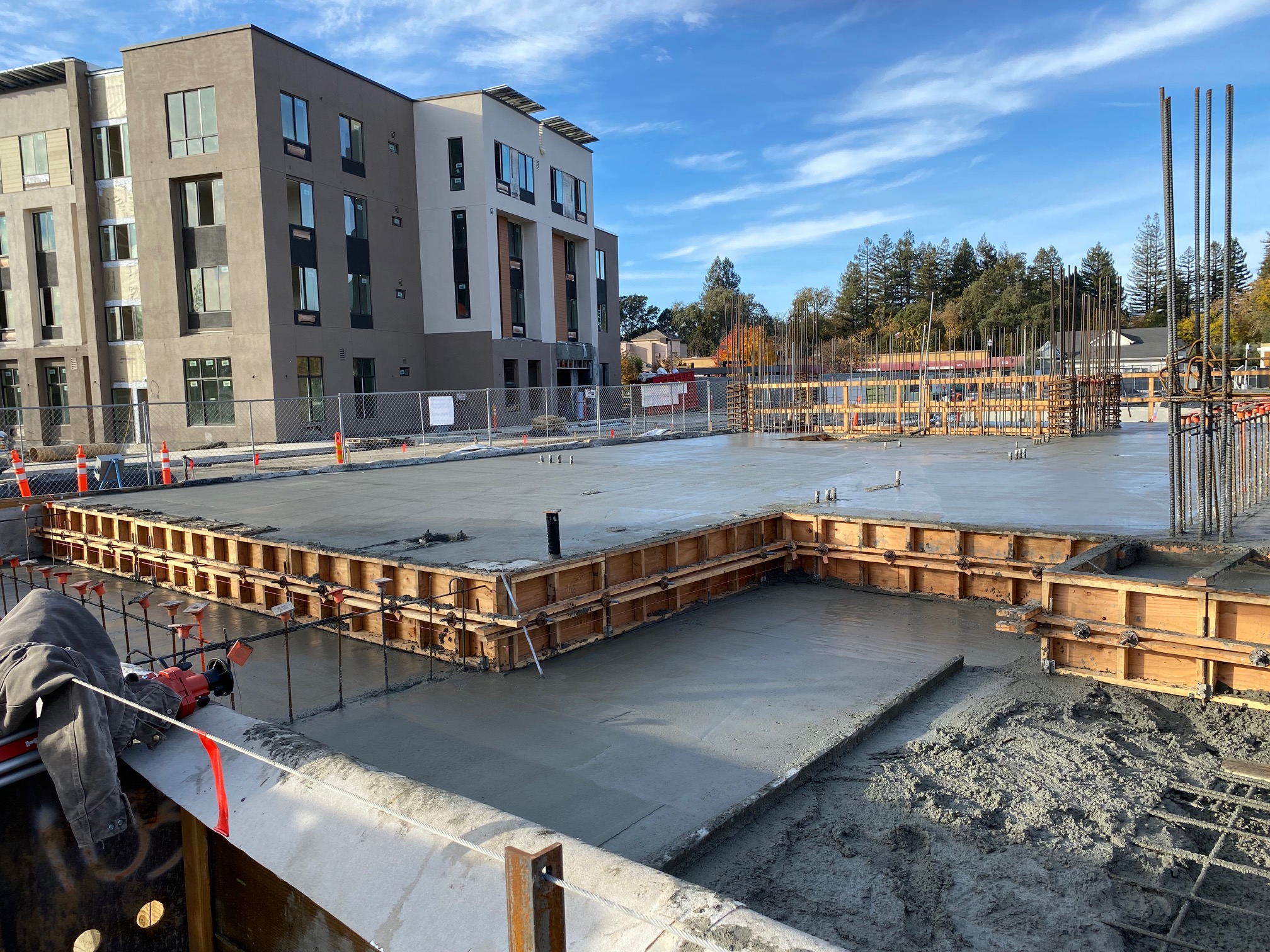 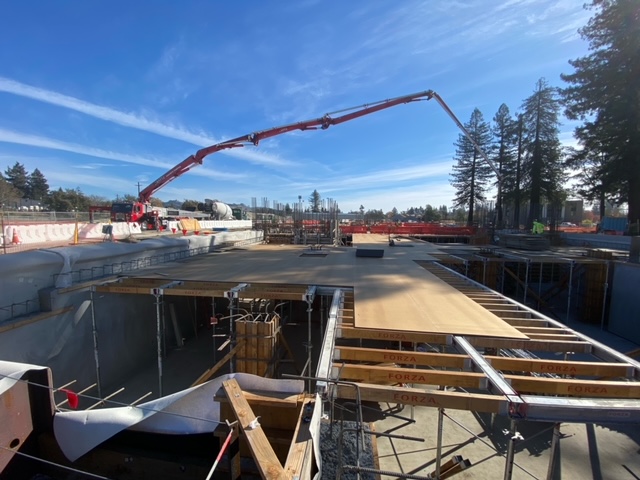