For a relatively rural town of roughly 12,000 people, Healdsburg certainly is embracing sustainability in a big way. Since early 2019, a significant chunk of the city’s power has been clean, green, and 100 percent renewable, with the bulk of it coming in the form of geothermal energy from The Geysers on the Sonoma/Lake county border north of town.

The latest example of this commitment: A new floating array of solar panels, which city officials say is the largest installation of its kind in the country. The panels, which sit on top of the water reclamation facility south of town, will provide up to 8 percent of the city’s annual power needs. According to Utility Director Terry Crowley, the array also helps reduce algae growth in the reclamation ponds below. As Crowley, explains, energy from the array will provide every resident with a cleaner energy source and reduce overall greenhouse gas (GHG) emissions.

“Right now, the city meets customer energy needs with roughly 40 percent renewable energy and this project will increase that number to 48 percent and lower Healdsburg’s overall carbon footprint,” Crowley said in an interview earlier this month. “One of the city’s hopes is that this project helps lead the way for larger installations throughout northern California.” Crowley added that the second-largest floating solar array is currently in Sayreville, New Jersey.

Here in Healdsburg, city officials say the impetus for the most recent sustainability initiative is SB 100, the state mandate to reduce greenhouse gas emissions and to have 100 percent fossil fuel-free electricity by 2045. Crowley says he expects Healdsburg to reach the milestone much sooner. What does all this mean for residents? It means that by living here, we’re combatting climate change. “This project is just one example of how the City is increasing the level of renewable energy and lowering GHG emissions,” Crowley says. At Mill District, we certainly can get excited about that.

Note: The City of Healdsburg is giving a virtual update on the project over Facebook Live on February 24 at 1 p.m. Details on the event are still developing, but city officials say the brief update will include some live images from the site, as well as a full explanation of how the panels will contribute to the city’s push toward renewable energy. For more details, click here. 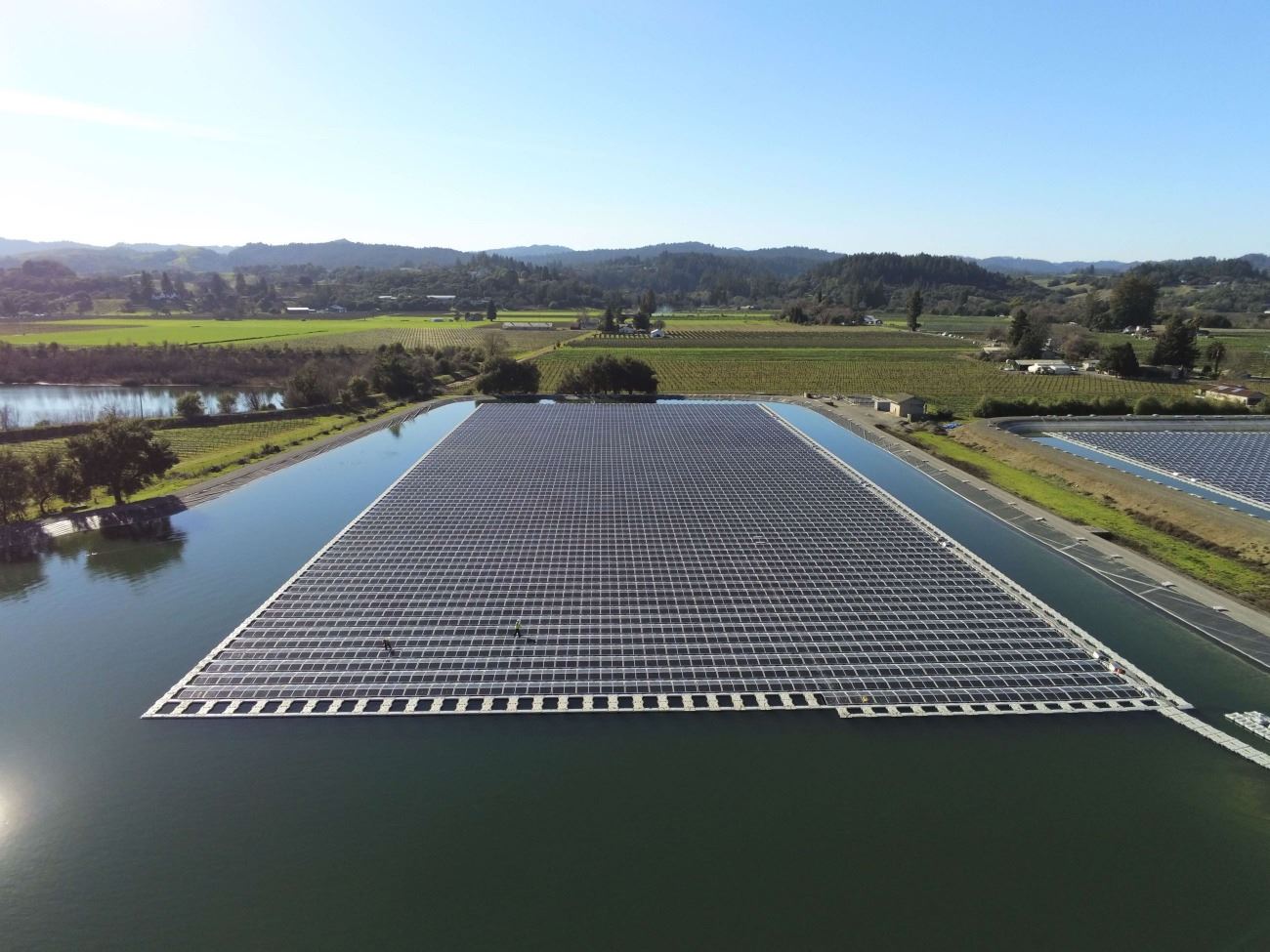