After years of preparations, construction on Mill District, Healdsburg’s newest neighborhood, officially began this month with excavation for the underground parking areas.

We have kicked off with two new players in mission-critical roles: a new director of design and construction to oversee and monitor day-to-day progress, and a new general contractor to get the work done.

The new director, Doug Harrington, joined Mill District after overseeing the expansion and remodeling of a luxury destination in Myrtle Beach, South Carolina. Before that Harrington worked for development company Delaware North, and was based out of Carlsbad, California. He also has spent some time expanding and renovating international airports, most recently the one in San Diego.

The new GC, Weitz Company, is one of the oldest engineering and construction firms in the country.

It just so happens that Weitz also is the general contractor for the North Village project near Montage Healdsburg on the north side of town.

Harrington, who grew up in Los Angeles, said he had never visited Healdsburg before taking the job, but loves the idea of being intimately involved with building a mixed-use neighborhood in a town that is beloved by locals and visitors alike.

“I wasn’t only attracted to the residential high-end residence aspect of this, but also to the boutique hotel, the restaurant, the retail elements, and the other amenities that make it an interesting and exciting project,” he said. “There’s going to be something for everyone here at Mill District. That fits with my passion as a design and construction professional. These are the types of projects I like to build.”

When asked to describe what will happen at Mill District over the next few weeks, Harrington summed it up in two words: steady progress.

The first step will be for crews to remove and shore up earth for the subterranean parking structures.

Then we will begin the foundation work and soil stabilization to ensure a safe working environment and a strong foundation. Once that step is complete, later this summer, crews will begin going vertical and the first phase of residences—known as Canopy—will begin to rise.

“We’re moving into the phase where, from the naked eye, it will look like a lot is changing every single day,” Harrington said. “In this business, that means things are moving forward.” 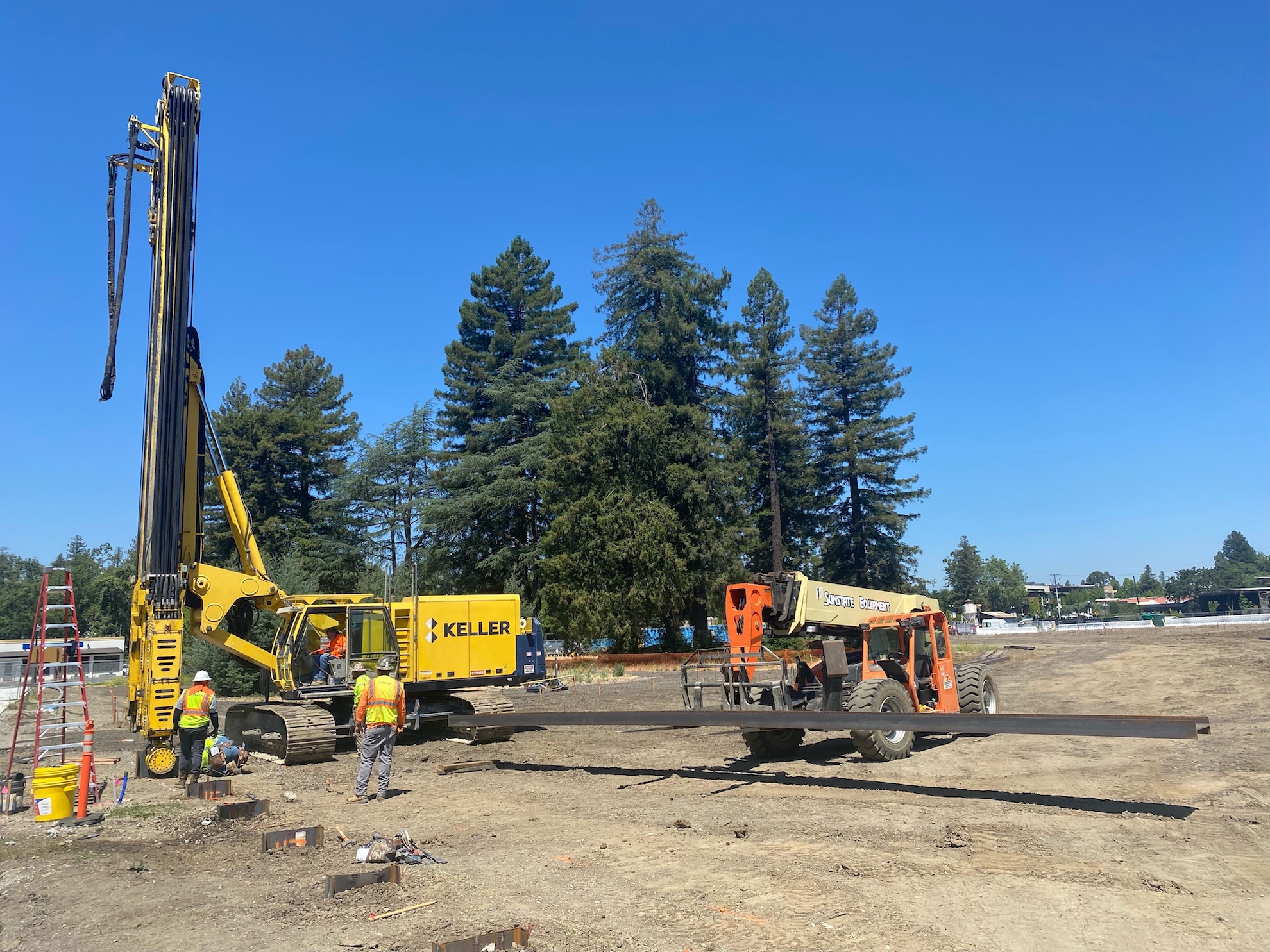